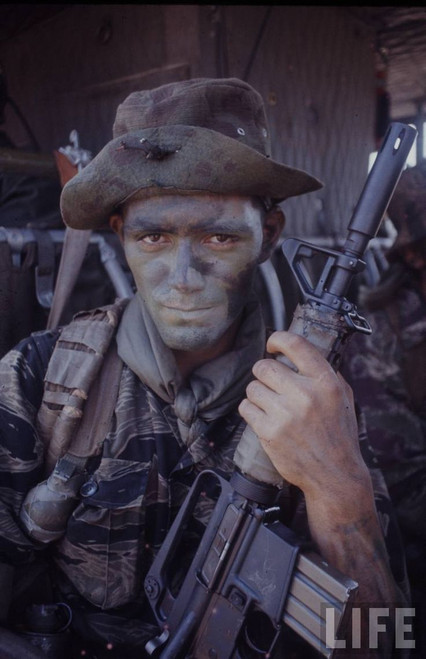 The 10 inch barrel Colt XM177 (model 609) was essentially a fielded prototype - and the first Colt CAR-15 SMG version to see limited issue to SEALs, Special Forces and the CIA.

Air Force version (model 610) ran concurrently with Army models feature for feature, but did not have a Forward Assist ("Slick Sides"). These would be the GAU-5 models.

This is a highly authentic reproduction of the Colt XM177E1 or GAU-5.. offered in a multitude of Options:

The 4.25 inch Moderator is by far the most famous (and recognizable) muzzle device used on XM177 models.  But the fact is any flash hider available during the Vietnam War was used at some point (officially or not). We offer all possible combinations.. listed in order of Date tried:

* Note: C7's were never official Army issue. Only Special Forces and the Canadians (C7/C8) used this transitional receiver style. Walks and talks like an M16A1 but doesn't hit you in the face when shooting southpaw. ("A" code)

1960-1965 all M16 variants were delivered with Chrome BCG's. From 1968 on-wards the finish was changed to Mag Phosphate, as it is to this day. So it's entirely possible either was used, in anything, after 1967. Choose Chrome or Phosphate - no cost difference.. or get it without a BCG if you don't need one.