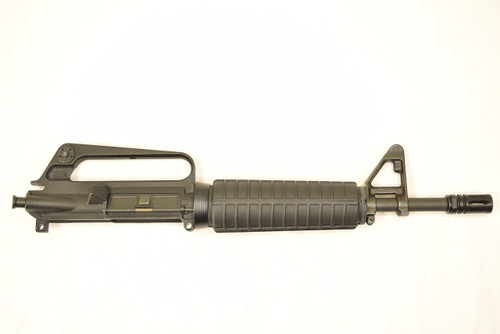 In 1985 Colt returned to the original "Commando" idea, with its Model 733, essentially a modernized XM177E2 with many of the features introduced on the M16A2.

This configuration of the 733 is most well known for being used by Delta Force in Mogadishu during the Black Hawk Down fight and the weapon used by Robert De Niro and Val Kilmer during the epic Bank gunfight scene in the movie "Heat".

Confusingly, it is listed by Colt as a "M16A2" model when in fact initial versions came with the M16A1, and then the C7 upper receiver only.

This is a highly authentic reproduction of the most popular version of the Colt 733 Commando.

Available with or without BCG & Charging Handle.