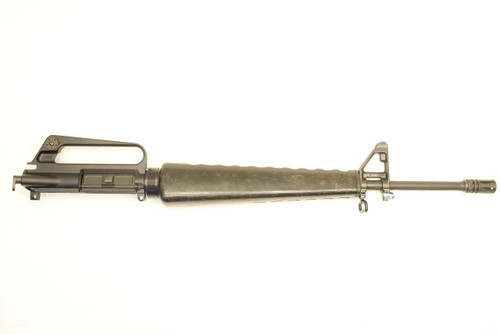 The reason it took so long to "officially" adopt this rifle was the delay caused by infighting between the Army and Air Force over the Forward Assist (FA). The compromise reached was the Army would get the FA and the Air Force would not (M16 is the Air Force version).

Also used extensively by the British SAS from the jungles of Borneo to the Falklands War; as well as numerous other foreign Special Forces.

This is a highly authentic reproduction Colt 603 M16A1 with Charging Handle. Available with or without BCG.

From 1960-1965 all M16 variants were delivered with Chrome BCG's. From 1968 on-wards the finish was changed to Mag Phosphate, as it is to this day. So it's entirely possible either was used, in anything, after 1967. Choose Chrome or Phosphate - no cost difference.. or get it without a BCG if you don't need one.